The power of the European Union (EU), most of the governments and the euro have fallen into the hands of big money. Documentary Euromania Awareness explains the situation. And what’s going on? The EU and the euro are there mostly for the benefit of the big money of shareholders. On the page Why? we explain further why the current financial monetary system doesn’t work, isn’t sustainable or just and is kept in existence at the cost of all else. 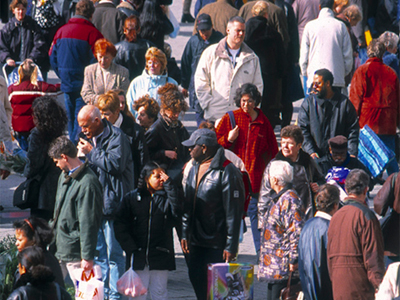 Once aware that the current ‘powers that be’ are not serving the interests of the citizens, we can, in large numbers, choose for our own Movement. Never forget: We ourselves are the change, the real power and value. If millions of people form the movement, then we will decide for ourselves what goes on in our land. The United People Movement makes this possible, because it will set up a new financial system as soon as possible. The power over the way money works is decisive. For this reason it’s imperative that communities themselves take charge over the way money works.

Through the United People Movement we citizens have taken control again. It’s time to stand up. It can’t go on like this for much longer. Through the right to referenda, as in Switzerland, we citizens will determine for ourselves what happens. The examples below show that a quiet (r)evolutuion is already happening. It’s just a question of time, good intentions, compassion and a lot of real cooperation. Get to know The 12 points of change and join us!

We ourselves are the change, the real power and valueWitness the growing awareness of people through the internet. More and more are becoming aware that they are being massively cheated and financially robbed. In fact, since the outbreak of the crisis in 2008 little has changed. Most people are not moving to change this any time soon. They are passively allowing themselves to suffer under the circumstances. How much more can they take?

Does the system have to steal peoples savings and pensions? Or did you think it would only affect Cyprus, Spain, Portugal and Poland? Or will we all stand up, just as they did in Iceland and now also are doing in Ireland? In Iceland the citizens were heard and they threw all the corrupt financers and politicians in jail and let the large casino-style banks go bankrupt.

Iceland is THE example for all peoples and countries who want to truly solve the crisis. The tipping point came when the Icelanders THEMSELVES started a Movement and a silent revolution. Through a referendum, people voted to rewrite the constitution. Iceland clearly showed that if the citizens REALLY want a change of direction it will actually take place.

Extra information: The government in Poland confiscates pensions to reduce sovereign debt.
Portugal also requisitions pension funds to reduce the mountain of debt.
A revelation from the British economist Ann Pettifor: Where do you get 160 Billion from?

The 12 points of changeThrough the observation of people and society the 12 points of change were formulated. Judging from all the positive reactions received, the 12 points of change appear to appeal to all layers of the (world) population. Therefore, the 12 points have widespread support and validity. For the United People Movement, with the exception of point 11, these are a sort of theoretical exercise. Point 11 will give the management of money to the society. From then on, we ourselves will determine what happens in our communities.

1. The United People Movement cooperative voice of the people that (partly) determines what happens in a country. Through the right to a binding referendum, as in Switzerland, the citizens again decide what we do. This will eliminate waste and give constructive energy to our society.

2. The United People Movement and the community have supervision over, and give advice to, a dynamic government and cabinet of experts. This cabinet manages and leads the country in a professional manner so it’s citizens receive optimal service. This will deliver society F.E.E.S. as return on investment.

3. The United People Movement will be an cooperative enterprise with a social character. All members have one (1) vote and can enjoy the collective advantages. The certificate holders build equity. The low entry level means that many people can participate.

4. The United People Movement cooperative will, step for step, become the owner of health care, public transport, banking, food supply, education,(green) energy, infrastructure and (rented)housing. All certificate holders are part-owner and have a say through one (1) vote.

5. The United People Movement cooperative will form a purchasing collective that will always negotiate the best quality and purchasing price in whatever area for its members. The purchasing may not be at the cost of any other people or other life forms but rather for mutual benefit.

6. The United People Movement cooperative will provide all members with a conditional supplement to the basic income through the net profit of the enterprise. The tariffs will be determined at the Annual General Meeting. This will provide enormous savings on the cost of social benefits and the corresponding inspectorates.

7. The dynamic government will, under the supervision of the community, take strong and just action against all forms of unjust behaviour such as abuse of (social)benefits, corruption, wrongdoing, criminal behaviour, polluting, exploitation and other such violations in a country.

8. The dynamic government will give every citizen a simple ‘community contract’ to provide a framework of personal responsibility. Herein, the right to vote, ethics, rights and responsibilities of each citizen are laid out. When needed, social organisations will help and support people in abiding by the community contract. A good stewardship of all life is the central principle.

9. Through the binding referendum from point 1 all important national, European and global decisions are taken with approval from the citizens. Deemed important are all decisions that have a direct effect on the quality of life of more than 33% of all citizens of a country. After the subject to be decided is published, everybody can bring out a vote within one week either by post or internet.

10. The dynamic government will form a multidisciplinary supervisory service. This service will unite and streamline all existing services, so that it can optimally serve honest people and other life forms in the fields of compassion, order, justice, security, peace, harmony, abundance and safety. In addition it will yield extra F.E.E.S. in return.

11. B of Joy will introduce the URA as symbol of value next to the Euro and other currencies. The URA bases its value on investments in raw materials, natural resources, just enterprise and people. Metals, gems, food stuffs, hydrogen, solar power, hydro-electricity, free energy and innovative people are examples. The URA protects the national (working) capital and its natural growth. The value system will work through our cooperative (internet) bank.

12. The United People Movement strives for the maximum relief of (tax) burdens for everybody by abolishing: unnecessary rules, inspectorates and taxes. Income tax can be abolished and replaced by a 10% transaction tax. The reduction of (tax) burdens, the resulting reduction of costs and the 12 points of change will achieve a natural growth for all members of society. Join us!

If the 12 points inspire you, then take up your responsibility. Make the changes happen by undertaking your own (playful) acts. You, yourself, represent the change. For your own future and those of your partner, family, friends, children, grandchildren and for generations to come.

If we don’t drastically change our choices and we keep taking a passive view of everything that is happening then the suffering and misery will be unbelievable. Do you want to let this happen? Just think about it and look around you. It has to stop. Now. We wish you all the best when making your choices.